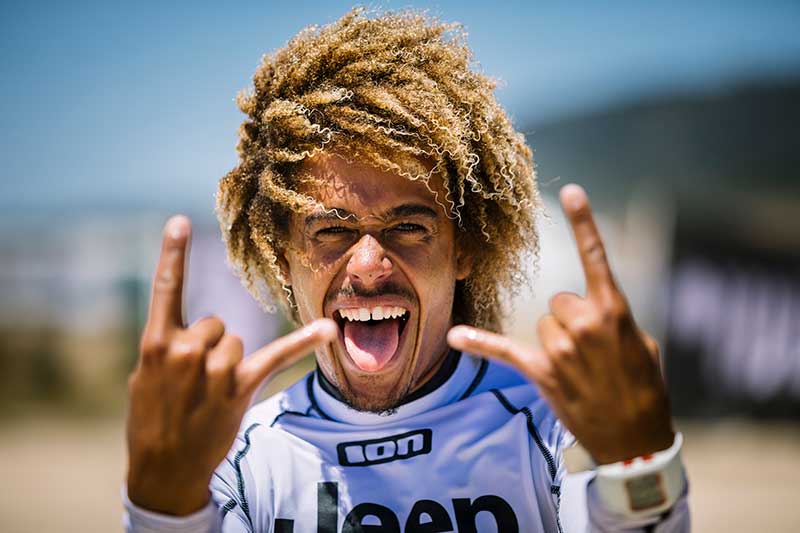 On and off the water, 2016 GKA Kite-Surf World Tour Champion, Matchu Lopes, is one of the tourâ€™s most enigmatic characters. He has enjoyed close battles in several event finals against Airton Cozzolino, his close friend who he grew up riding with on Cape Verde. He and Airton have claimed one title each.

Matchu is cutting his own path through strapless freestyle, opting for flamboyant, flowing hooked-in tricks rather than explosive strapless handle-passes. He takes the same fluid approach to his wave riding and thereâ€™s no doubt that heâ€™ll be gunning for the 2018 title.

Age:
24
Nationality:
Cape Verdean and Spanish
Sponsors:
Duotone Kiteboarding, ION
Home spot:
Santa Maria, Cape Verde
Years riding:
10
Years competing:
7
Best results:
2016 GKA Kite-Surf World Tour Champion / Event wins: 2016 Mauritius Wave Pro / 2017 Kitesurf World Cup Germany.
Specialist discipline:
Wave riding / strapless freestyle.
Favourite spot:
Pacasmayo, Peru.
Favourite trick:
Triple front roll.
Favourite thing about competing on tour?:
Travelling to the best kite destinations and riding against the best competitors in the world.
Standout moment 2017:
Stepping on the podium in Germany with all the people shouting in front of me. It was super cool and I feel very blessed about it. I'm sure I'll remember this moment forever and the Germany event was sick!
Favourite competitors to ride against and watch:
To ride against? None of them! The guys I watch the most are Keahi and Mitu. In my opinion they are the most compelling riders going.
2018 goals:
To win the world title!
How do you train?:
I kite as much as possible and a do a bit of gym. 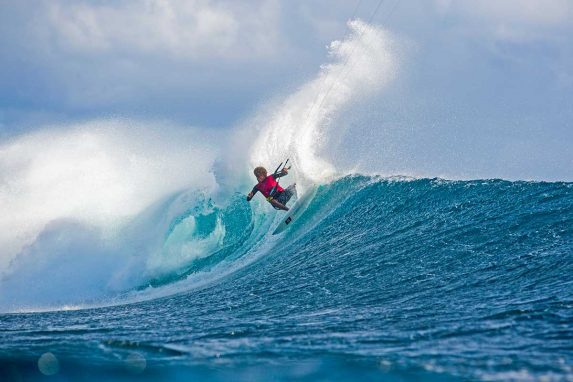 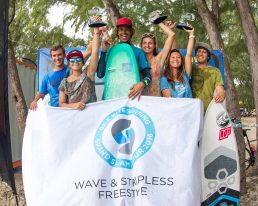 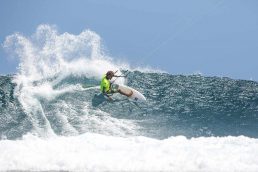 On route to winning the 2016 Mauritius Kitesurfing Pro event at One Eye in Le Morne / Photo: Toby Bromwich 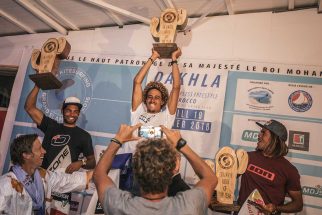 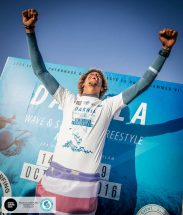 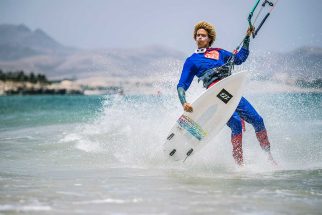 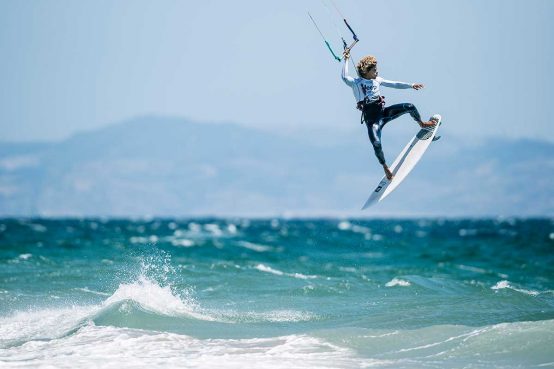 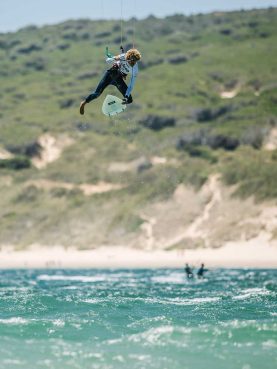 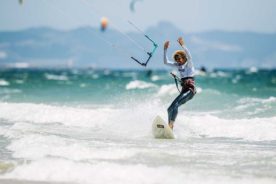 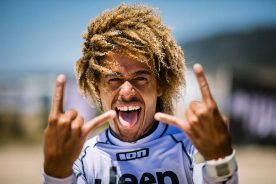 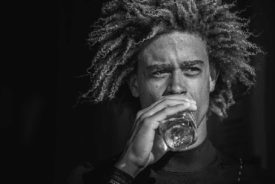 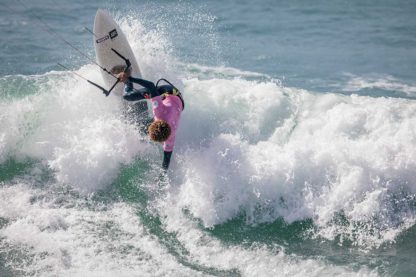 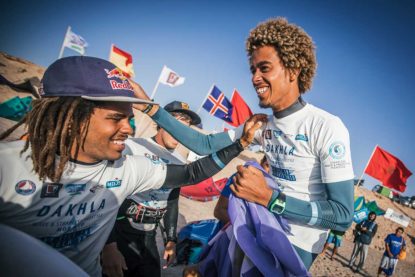 Jalou is right up at the top of women's wave riding. She's gunning for the podium in 2018 and you can expect to see her up there.
READ MORE