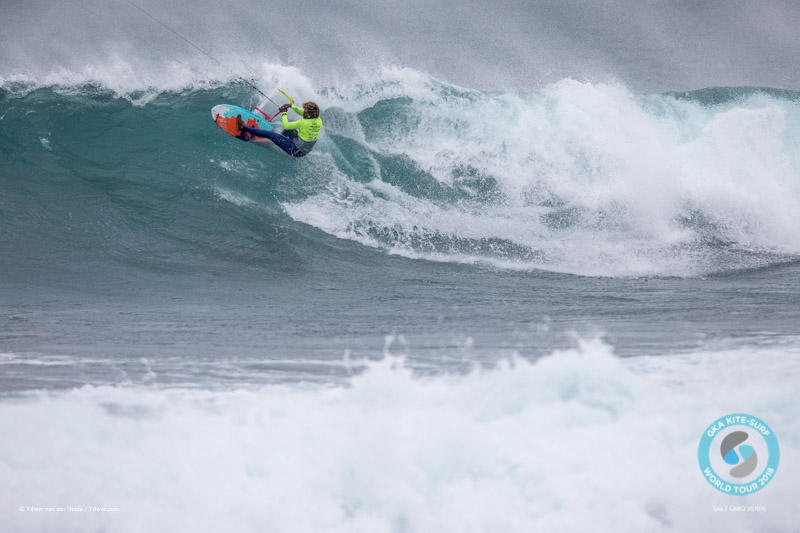 Mitu ‘the Maestro’ Monteiro is a legend of the sport and has been at the top of the game for more than a decade. He was one of the pioneers of the strapless kitesurfing movement, winning his own World Title back in 2008, and he influenced many of the tour’s top riders back home in Cape Verde where he has achieved true local legend status on his home island of Sal.

He’s one of the most complete, and experienced, waveriders in the world but he’s also the man who originally brought strapless freestyle to the fore and many of the tricks we now see riders doing on the GKA Kite-Surf World Tour were first thought up by Mitu himself!

Age:
34
Nationality:
Cape Verdean
Sponsors:
F-One, Manera, Surfin Sem Fim, Ocean Sunglasses
Home spot:
Ponta Preta
Years riding:
19
Years competing:
12
Best results:
2008 KPWT Wave Master World Champion, 3x Vice World Champion 2010, 2011 and 2012
Specialist discipline:
Wave riding
Favourite spot:
Ponta Preta
Favourite trick:
Rodeo and strapless handlepass
Favourite thing about competing on tour?:
I have competed on four different world tours and I think the vibe we have on the GKA tour is the best ever. All the competitors are there to give their best in competition but most of all we’re doing it to share our passion for the sport. We talk about sessions, tricks and the future of the sport and we all work together as a team. Another thing I like about this tour is the fact that it mixes together the two disciplines of wave and strapless freestyle. I know it’s not an advantage for everyone, but at the same time it’s challenging for all of us. I’ve been astonished to see how much the riders are progressing from year to year.
Standout moment 2017:
Standing on top of the podium in Dakhla - the same place where I won my first title in 2008…nine years earlier!
Favourite competitors to ride against and watch:
Airton of course is one of the most impressive riders in the water with his radical style. He has a more aggressive approach to the discipline than Matchu for example, who has an amazing level as well but he has a different style and executes his tricks differently. Airton is more explosive and Matchu is more calculating. Then there are others, like Paulino Pereira who is just on fire this year, and Keahi who always impresses me with his technique. Gustavo Arrojo is a new guy with incredible potential as well and there are even more good riders besides.
2018 goals:
To be on the podium!
How do you train?:
I go to the gym, do yoga and go surfing

We had an insane afternoon at Valdevaqueros Beach

Good morning from Tarifa! We are almost ready to k