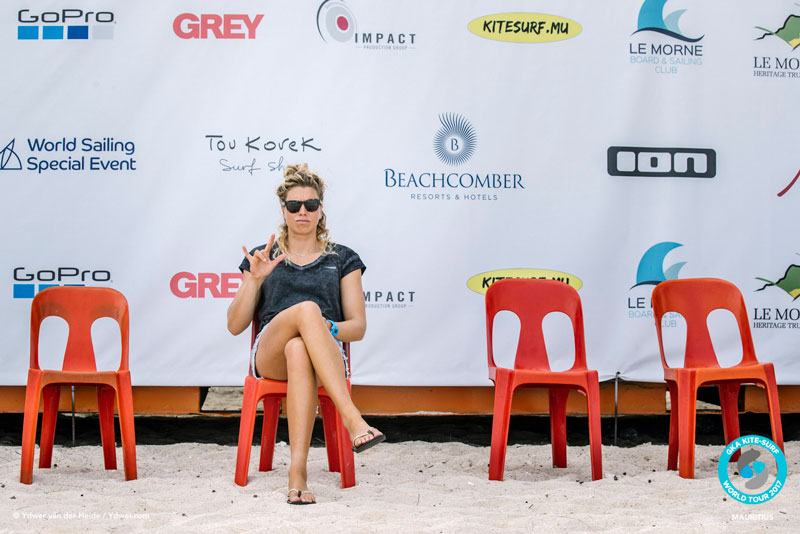 Jalou is right up at the top of women’s wave riding. She spends her winters in Cape Town, training relentlessly both on and off the water, and her work ethic has paid off over the years with memorable performances in numerous videos, countless spreads in magazines and two world titles under her belt (she only really recognises one of them though). She’s also sister to Kevin and one half of the world’s best known sibling kiting duo.

She made her GKA debut at the final stop in Mauritius in 2017 and, after a shock early exit in the single eliminations, she made a heroic comeback through the doubles which saw her take third place after taking on all comers as she worked her way back up from the bottom of the table.

Her goal is to be on the podium in 2018, no question about it, and you can expect to see her there!

Age:
27
Nationality:
Dutch
Sponsors:
Naish, Mystic
Years riding:
15
Years competing:
13
Best results:
2012 World Champ
Specialist discipline:
Wave riding
Favourite spot:
One Eye, Mauritius / Nungas, Indonesia
Favourite trick:
Big airs on a northwesterly wind at home, which is onshore with perfect kickers, and I love doing big backrolls with a grab.
Favourite thing about competing on tour?:
I like riding on a spot with only one other competitor. I love the feeling of being on a podium and I need that competitive side in the sport, it keeps me sharp and motivated.
Standout moment 2017:
My climb back up the ladder after losing in my second heat.
2018 goals:
End the tour on the podium. That has been a very clear goal since I started competing on wave tours.
How do you train?:
I love trying out new sports and I easily get addicted to them. If I'm not travelling then I'm doing CrossFit three or four times a week too now!

On and off the water, 2016 GKA Kite-Surf World Tour Champion, Matchu Lopes, is one of the tourâ€™s most enigmatic characters.
READ MORE

Strap in and hold on tight for highlights from the

That’s a Wrap for the Qatar Airways GKA Big Air