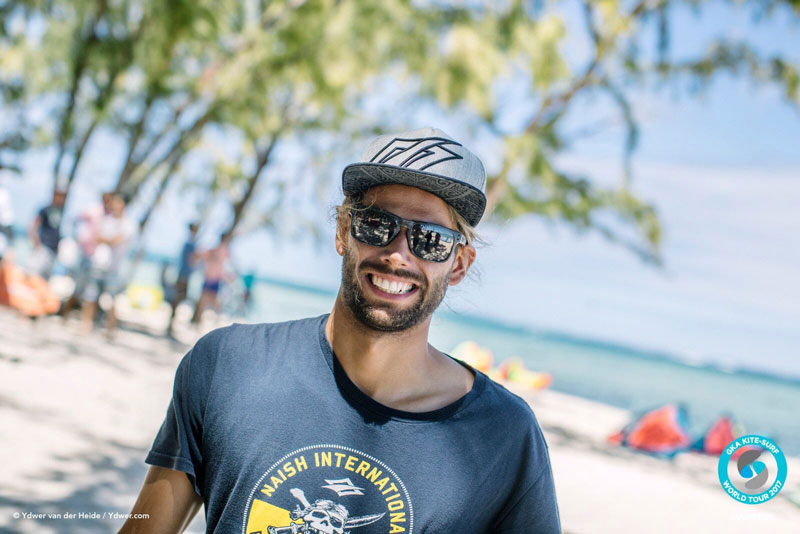 Gustavo Arrojo is yet another Tarifa local who’s been making a real impact on the tour. He’s only been riding for four years, but there are very few riders who can go bigger than him right now and he’s always one to watch in a strapless Big-Air competition. He pushed Airton right down to the wire when they met in the Big-Air final at the Tarifa Strapless Kitesurfing Pro last year. His explosive riding style hasn’t gone unnoticed, and strapless freestyle and wave riding veteran Mitu Monteiro believes Gustavo is one of most promising up and coming riders on the GKA Kite-Surf World Tour right now!

Age:
26
Nationality:
Spanish
Sponsors:
Naish
Home spot:
Tarifa, Spain
Years riding:
4
Years competing:
2
Best results:
2nd place in the Big-Air Comp at the Tarifa Strapless Kitesurf Pro 2017
Specialist discipline:
Strapless freestyle and strapless Big-Air
Favourite spot:
Ponta Preta
Favourite trick:
Rodeo kiteloop
Favourite thing about competing on tour?:
The most important thing for me is the atmosphere at the events. I have great friends on tour and the GKA is a big family. We spend so much time all together, traveling, waiting on the conditions and riding together. This is the best thing!
Standout moment 2017:
The best moment? The Big-Air final in Tarifa against Airton. I was at my home spot with all the people on the beach pushing me to do my best.
Favourite competitors to ride against and watch:
At the moment, the strongest guy on the tour is Airton Cozzolino (in my opinion). The power he puts behind his tricks puts him on another level compared to everyone else on the tour.
2018 goals:
My goal for this season is to get on the podium at a main event. Hopefully the wind will be strong enough in Tarifa and Fuerteventura for me to do it.
How do you train?:
I have my own company, E-Bike Spain, which I spend a lot of time working on so I can´t train as much as I’d like when I’m off the water. I go mountain biking and hit the gym when I can though