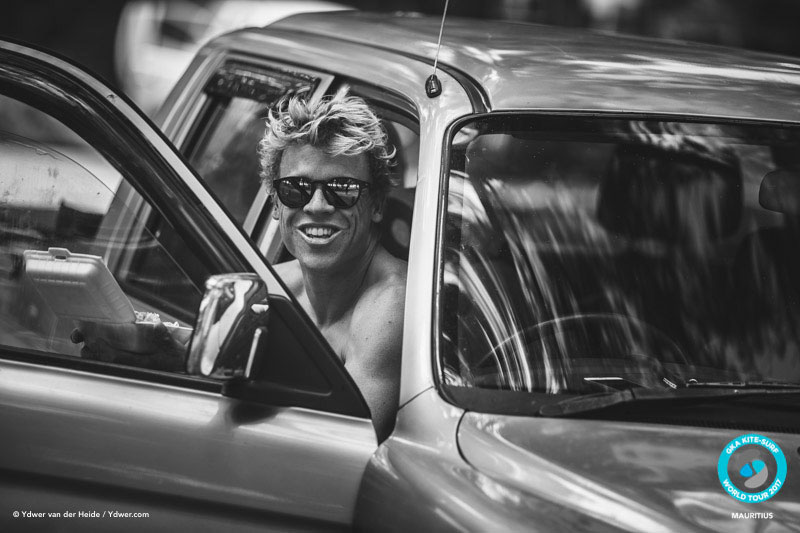 Kevin Langeree is a household name in kiteboarding. He’s not yet 30 but he’s been kiting since the early days and is one of the most experienced competitors in the game, competing since 2003! A former freestyle world champ and a one-time King of The Air, Kevin is perhaps best known for his twintip riding but he rips in the surf with the same power and tenacity that kept him at the top of the freestyle game for so many years and he’s a force to be reckoned with in the waves.

He’s a true waterman, regularly SUPing and surfing when it’s not windy, and he made a stunning tour debut at his first GKA event last year in Mauritius where he stormed the qualifiers and took on all comers until Airton knocked him out in the quarter finals. You can bet he’ll cause some upsets at the events he attends next year.

Age:
29
Nationality:
Dutch
Sponsors:
Naish, Oâ€™Neill and Young Capital
Years riding:
19
Years competing:
16
Best results:
2009 Freestyle World Champ, 2014 King of the Air, 2015 Big Air World Champ
Specialist discipline:
Big Air and Wave
Favourite spot:
Cape Town and Mauritius
Favourite trick:
A big back roll off a wave
Favourite thing about competing on tour?:
Competing is in my blood. I get a lot of drive and motivation competing against some of the best riders in the world. Itâ€™s almost like an addiction, and it sucks when you lose, but the feeling of winning just never gets old.
Standout moment 2017:
Wow, there are just too many. That wave (One Eye) is just picture perfect. This year we didnâ€™t get a super big swell but even if itâ€™s small the wave is one of the best for kiting in the world. So the best moment would be riding One Eye just with just one other guy!
Favourite competitors to ride against and watch:
Airton is really good, it was really great riding against him in the semi final. Unfortunately he came out on top but Iâ€™m really hoping for a rematch next year.
2018 goals:
One thing is for sure - Iâ€™m going to Mauritius. Portugal looks like it will be a great event just like Ireland. So you will definitely see me at some of the events next year.
How do you train?:
I try to do as much sport as I can, ideally in the water. But when non of those are possible I like to do CrossFit.Â

This talented young French rider rips whatever he rides and is strong on a twintip or on a strapless surfboard.
READ MORE

The founder of 'New Cal Style' and a master of Big Air and the old school!
READ MORE

She's got four Junior World Freestyle Titles to her name and now she's gunning for the big leagues!
READ MORE

Luis is part of the Cabarete freestyle contingent and a fierce competitor.
READ MORE

A true Big Air afficionado and a master of the megaloop.
READ MORE