The GKA Kiteboarding World Tour Air Games finally got off to a start with the very first heats of the 2018 season at the Jeep Tarifa Pro on Wednesday. The dream of the tour is to be competing in strong winds to produce big tricks for the crowds. However, the search is on for the most complete riders and in 16 – 20 knots the early heats threw up much discussion. We caught up with Air Games head judge Mallory de la Villemarque to pick apart the important notes.

Who really stood out for you on day one?
Jesse Richman (USA) for sure, but also Posito Martinez (DR) – they really adapted well to performing in all three tricks categories and did some really nice tricks. Tom Hebert and Reno Romeu – two guys with a really strong heritage in competition over the years – were doing some great board offs. Of course some of the pure boots riders like Carlos Mario and Liam Whaley were killing it, but also good to see Liam switching to straps sometimes to throw board-offs. He gets it. 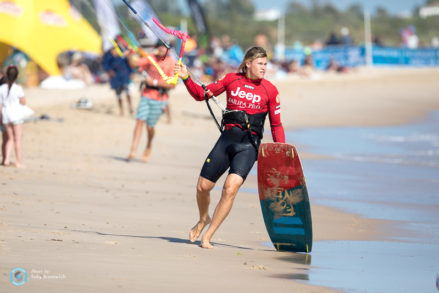 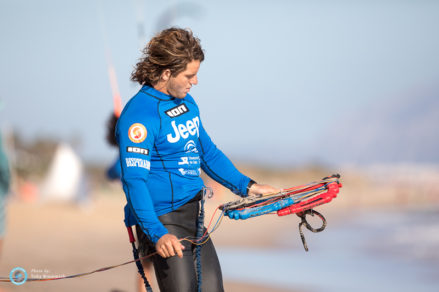 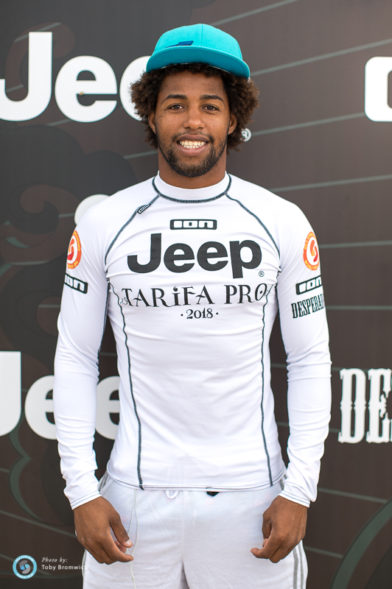 We were right on the border for this type of contest weren’t we in terms of wind. 15 – 18 knots are pretty much the hardest conditions you could have hoped for to start the action as a judge because they always cause the most discussion!
Exactly, you can see the different styles, but competition has to evolve. Look how developed the strapless freestyle has become in these conditions – which we previously thought weren’t credible.

So what would you say to people who might say that there was a high percentage of wakestyle tricks yesterday? Was the judging favouring that style?
If we had 30 knots of course this big air format would look very different. But even in these lighter winds we saw lots of regular jumps and board-offs that looked good, which we don’t see on the recent freestyle tours any more. Of course the freestyle riders are taking advantage of the fact that the kite loop handle-pass currently sits within the kite loop category, so maybe as we evolve with the best format for these lighter conditions, we’ll adjust that and one potential solution would be to join the kite loop and handle-pass categories into one. And the regular jump and the board off. So we would have two categories and riders would have to do their best two tricks in each: Kite-loop / handle-pass and the other category Regular Jump / Board-offs. That would be very 50/50 for the show.

Okay so today there were three trick categories to fulfil in each heat. What would have been the ideal heat performance for you?
The kite loop double half cab from Jesse Richman! Also, although they weren’t quite landed there were two super nice kite loop front blind mobe attempts by Liam Whaley and David Tonijuan. Technical but beautiful to watch. Those were the best kite loops we’ve seen.

Carlos Mario did a sick backside 317 (double handle-pass) and a heart attack. Posito’s sent kung fu with a late one footer was also very different, deciding to go for height and combination rather than a double pass.

We saw quite a few kite loop board-off attempts, but it wasn’t quite windy enough. These will come though! Reno Romeu and Tom Hebert were for sure on top of the board-off game.

In the lighter conditions of yesterday, do you think a guy in boots could have scored higher in the regular jump category than a guy doing a really nice board-off?
No, a good board-off would score way more than a sent double half cab.

Liam Whaley and Alex Pastor did nice snowboard style nose grab spins which looked great…
Yeah, I liked those because Liam still did some regular jumps, but with style. He also did a double front board off, and it’s great to see freestyle riders of his calibre opening up and doing tricks like that.

So, first day, learning day done. We’re off to a start!
That’s what we’re trying to ask people to understand. This is the first time that we’ve been able to see all these tricks laid out in heats by the riders. The idea is to improve on every single event. If we see that it’s better to combine a kite loop and a handle-pass category in such light wind, and take the best tricks from each, then no one can complain that handle-passes are taking more weight compared to board-offs.

Let’s look at the upcoming quarter finals quickly.
Well, continuing the board-off theme: Valentin Rodrigues and David Tonijuan don’t really do board-offs. Jesse Richman and Posito Martinez of course do some really nice ones! Liam is also starting to bring them into his heats and when he goes to battle against Carlos Mario that could be the difference. In the remaining round three heats with riders still to qualify for the quarter finals, Alex Pastor doesn’t do board offs, nor Nicolas Delmas, so we can expect more of a freestyle / wakestyle show. 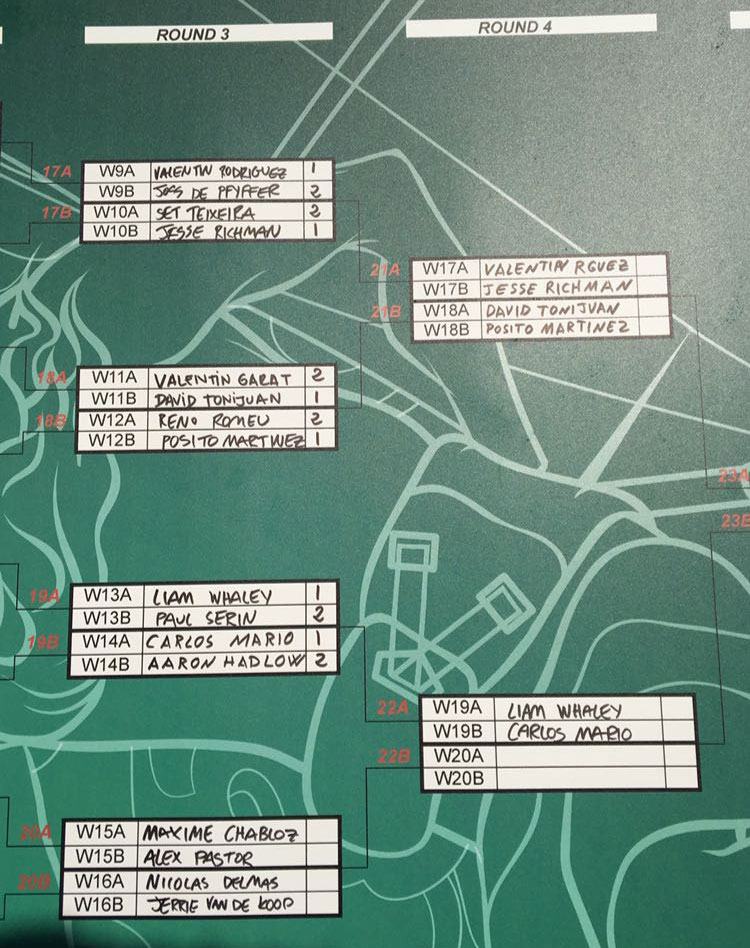 What did you think of the general visual spectacle of the riding so far?
Right now we have more riders coming from freestyle, and I really hope that more classic guys like Reno and Tom will stick with the tour as it evolves and irons out its pathway. Jesse of course is stoked with anything, and is so good at handle-passes, kite loops and board-offs and for him anything is possible. We want riders to start to train so that they excel in everything.

Industry leaders join forces on the GKA board
READ MORE