Launched largely by passion and with little funding, the kite park league has been an inspiring indication of what can be achieved by a dedicated group of riders who believe enough in their movement to pull a five stop league together.

Park style riding is now well established in the kiteboarding scene. The Triple-S Invitational has been pulling the sport’s best park style riders together for over a decade and is still gaining strength. Sam Light from the UK took his fourth overall event win on the trot, making him the most successful competitor in the event’s history. He cleaned up at each stage of the KPL tour this season, although he didn’t go to Russia as riders were allowed one discard, so to say he’s dominant would be an understatement and he deserves huge credit for the technicality and precision he brings to this discipline.

Karolina Winkowska from Poland has competed on the PKRA / Freestyle World Tour for over ten years and has won the World Championship twice. Transitioning over to park riding this year, she was excited about a change in this unified approach of a crew of riders who were new competitors to her and all amped to work on improving this section of the sport together. In terms of technicality, power and natural ability, Karolina has long been at the top of the freestyle discipline and taking the KPL title this year, proves her class as an elite competitor with huge ability.

Event-organizers who would like to run a Kite Park League event should contact the KPL. Parkstyle riders are welcome to compete at the GKA Big air and Freestyle World Tour. 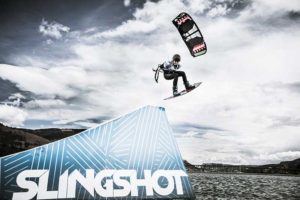 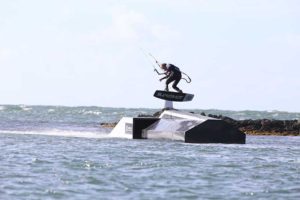